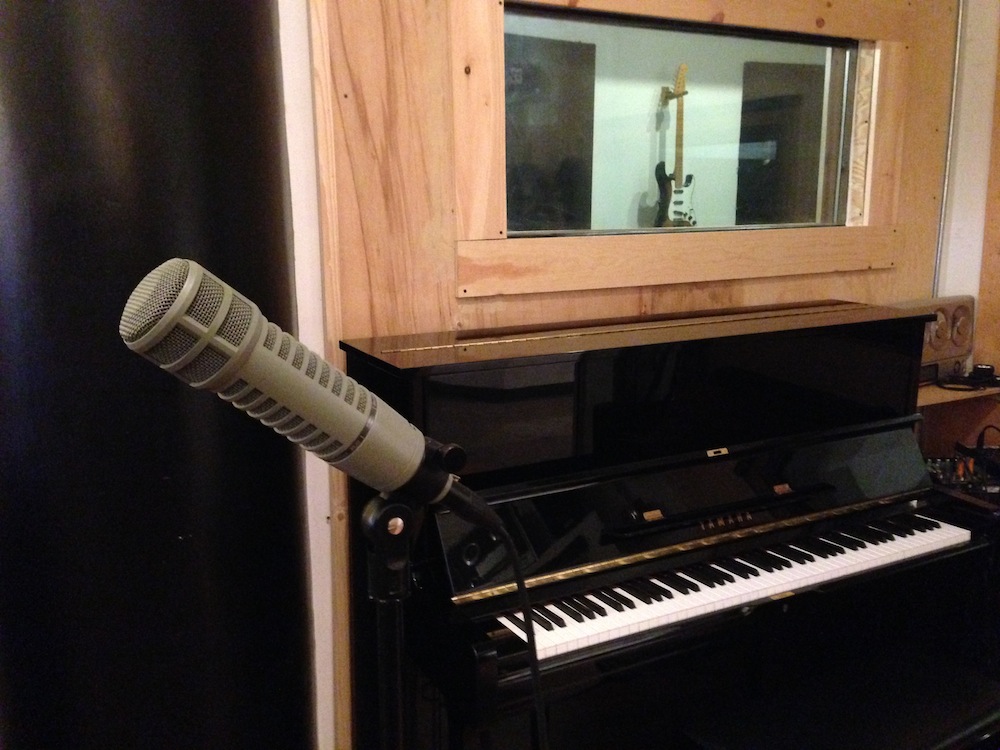 The RE20 is a large-diaphragm dynamic microphone, so it can deal with a very high level of sound pressure without overloading, which is a problem with large-diaphragm condenser microphones. That means for our powerful singers and our bassy voice-over artists, we absolutely love this microphone. And while we are talking about voice-over artists, not only is this mic extremely famous for that application, but it is famous for it's anti-proximity-effect. What this means is that, unlike other microphones, the bass response is the same when you get close to the mic, allowing for an even sound.

The other great things about this mic are that we can use it not just on vocals, but on challenging instruments such as inside bass drums, on acoustic guitars, and bass cabinets. We also love that it has a built in pop-screen so that we never have to hang one up. The list of awesome qualities goes on and on, but in general, this is a mic that we really could not live or record without.